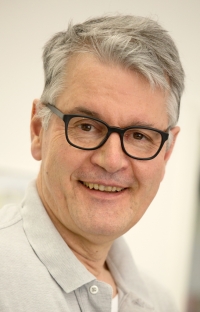 Thomas Bock is a professor of building realization and robotics at Technische Universität München (TUM). His research focuses since 35 years on automation and robotics in building construction, from the planning, prefabrication, on site production and utilization phases to the reorganization and deconstruction of a building. He is a member of several boards of directors of international associations and is a member of several international academies in Europe, Americas and Asia. He consulted several international ministries and evaluates research projects for various international funding institutions. He holds honorary doctor and professorship degrees and visiting professorships. Professor Bock serves on several editorial boards, heads various working commission and groups of international research organizations, authored and co-authored 400 articles.

Mr. Romo is in charge of R&D, productivity and BIM development in Skanska Finland, which is part of the global construction and development company Skanska Group. Skanska Finland has implemented BIM in its operations from design to site construction and is utilizing it manifold ways in its processes. Romo was in charge of Skanska´s Global BIM Competence Center 2009-2012, sharing and developing BIM capabilities between Skanska business units. Before joining Skanska in 2006, Romo was working for the Confederation of the Finnish Construction Industries developing BIM practices and guidelines together with other organizations of the Finnish construction industry. In 2013, he was given the Civil Engineer of the Year Award in Finland by RIL, the Finnish Association of Civil Engineers. 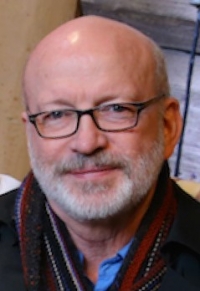 The Intelligent Mine: Next Generation Technologie and the Need for Interoperability

Stephen Fraser is a Senior Principal Research Scientist in CSIRO’s Mineral Resources Flagship, where he leads the Mining Systems Group. He has over 35 years of experience in the exploration and mining domain. Stephen has specialized in the analysis of complex datasets and he is a recognized international expert and leader in the integrated analysis of geoscience (geological, geophysical and geochemical) and mining (geotechnical) data sets.

As an undergraduate, Stephen worked in both soft, and hard rock mining operations at South Blackwater (coal - Thiess Bros) and at Broken Hill (Pb-Zn, Zinc Corp.). After graduating, Stephen undertook projects in a variety of locations including, Saudi Arabia (Riofinex), Western Australia (CRAE), Eastern Australia and Indonesia (CSR Ltd), prior to joining CSIRO.

At CSIRO, Stephen has a credible track-record for demonstrating, developing and, or implementing new technologies for the exploration and mining industry. Some highlights include: the first airborne mineral-mapping of hematite and goethite over Australian terrain; a world-first demonstration of mineral-mapping on rock-faces in an open-pit; the development of a spatially enabled data-mining tool (SiroSOM) for the integrated analysis of complex geoscientific and mining-related data sets; and, the development of next-generation elemental logging tools using nuclear methods for both mining and exploration purposes.

Stephen is a Fellow of the Australian Institute of Mining and Metallurgy and a member of the Australian Society of Exploration Geophysicists and the Association of Applied Geochemists. He has authored or co-authored over 240 publications, which include refereed papers, conference proceedings and client-initiated research and consulting reports 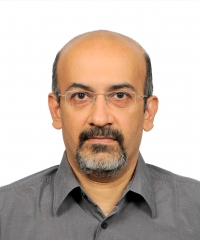 Dr. Koshy Varghese is a Professor with the Department of Civil Engineering, Indian Institute of Technology Madras (IITM). His research is in the area of Automation and Computer Integrated Project Delivery. Dr. Varghese earned his Doctoral Degree at the University of Texas at Austin in 1992 and worked as a post-doctoral fellow for a year after which he joined IIT Madras.

Dr. Varghese is a pioneer in construction management education and research in India. He has been the Principal Investigator for several research projects and guided numerous research students. He has also coordinated several industry based projects involving the transfer of technology and management concepts to Indian industry practice. He is a recipient of the American Society of Civil Engineers (ASCE) best paper award for Computing in Civil Engineering for 2011. He was conferred the Tucker-Hasagawa award for 2012 by International Association for Automation and Robotics in Construction (IAARC) for his contributions to Automation in Construction. The Project Management Institute (PMI) awarded him the Distinguished Scholar Award for 2012 for his research and practice based activities in the area of Project Management.

Dr. Varghese is currently the President of IAARC and is a member of the editorial boards of the Automation in Construction, IAARC's official journal published by Elsevier (AUTCON), International Journal of Built Environment and Project Management (BEPM) and Information Technology in Construction (ITCON).