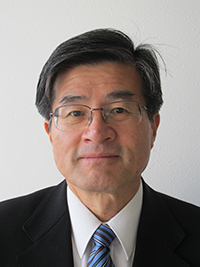 Masaki Kitazume, professor of Department of Civil and Environmental Engineering at Tokyo Institute of Technology Japan, has over 40 years of experience on soil stabilization, ground improvement and foundation engineering. He was involved in many land reclamation and ground improvement projects including Tokyo/Haneda International Airport, Kansai In-ternational Airport and Central Japan International Airport construction projects. He was al-so invited as a technical committee member of several overseas construction projects. He has published many papers, mainly on the geotechnical aspects of soil stabilization, ground im-provement and centrifuge model testing. He also published three books from Balkema Pub-lishers and Taylor & Francis, on Deep Mixing Method, Sand Compaction Pile Method and Pneumatic Flow Mixing Method. He was awarded the Geotechnical Engineering Development award from the Japanese Society of Soil Mechanics and Foundation engineering in 1992, the Minister of Transport Award in 2000, and Continuing International Contribution Awards, Japan Society of Civil Engineers in 2006. 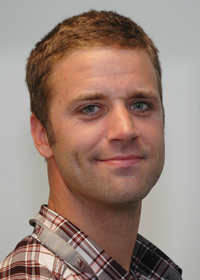 Dr. Jean-Sebastien L'Heureux is a technical lead at the Norwegian Geotechnical Institute (NGI) and a Professor in Geotechnical Engineering at the Norwegian University of Science and Technology (NTNU) in Trondheim, Norway. He obtained his undergraduate degree in engineering geology from Laval University in Québec city in 2003. He thereafter moved to Norway in 2003 to continue his studies and received a MSc. from the University of Oslo in 2005 and a PhD in geotechnical engineering from NTNU in 2009. After a short stint as a postodoctoral fellow at the Geological Survey of Norway (NGU), Mr. L'Heureux started at the NGI in 2012 in Trondheim, Norway.

Dr. L'Heureux's has been heavily involved in the Norwegian and International geotechnical community throughout his professional career. Notably, he served as Chairman for the 1st International Workshop on Landslides in Sensitive Clays (IWLSC) held in Quebec city in 2013; as co-chair for the 2nd IWLSC in 2017 in Trondheim; chair for the 1st International Symposium on GeoTest Sites (ISGTS) in 2019 in Oslo; and since 2017 actively participates in the European Large Geotechnical Institutes Platform (ELGIP). Since 2016, Dr. L'Heureux has been leading the Norwegian Geotest Sites (NGTS) infrastructure project in Norway.

Dr. L'Heureux has made a significant impact in the field of geotechnical engineering in Norway, such as through his contributions to Norway's National Technical guidelines on Landslides in sensitive clays, his work on the mechanisms of near-shore and coastal landslides, hazard risk management for long linear infrastructure and his contributions related to the characterization of Norwegian clays. He has also served in several expert committee panels following catastrophic landslide events in Norway. Dr. L'Heureux has also authored and co-authored over 100 scholarly papers throughout his young geotechnical career (h-index: 18; i10-index: 26; January 2019).

Besides work, Mr. L'Heureux keeps quite active and has until last year played professional ice hockey as a goalie. He is heavily involved in minor hockey where he coaches both his sons and act as sport director for Astor hockey. He also enjoys fishing, hunting and hiking in the mountains with his family. 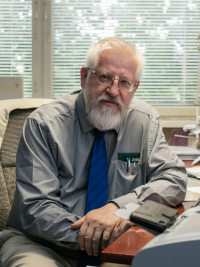 Signatures and impacts of climate change

Prof. Tarmo Soomere (Estonia) graduated in 1980 from Lomonossov Moscow State University as mathematician and received a PhD in oceanology from the Shirshov Institute of Oceanology, Moscow (1984), and the degree of Doctor of Mathematics (1992) from Tartu University, Estonia.

He has been Alexander von Humboldt Fellow in Germany (1994–1997, 2005, and 2011), Visby Fellow in the University of Uppsala, Sweden (2000–2001) and worked for one year in the Centre of Mathematics for Applications, University of Oslo (2006–2008). He was appointed as Vice-Director of the Marine Systems Institute in 2002–2004 and elected as the first Professor of Coastal Engineering in Estonia in Tallinn University of Technology (2005). Currently he is the Head of Wave Engineering Laboratory in the Department of Cybernetics, Tallinn University of Technology and the President of the Estonian Academy of Sciences.

His scientific interests have been mostly concentrated in wave theory and modelling, with specific focus on various processes and wave-induced hazards in the nearshore, and preventive methods for coastal zone management. He has published >200 peer-reviewed papers in international journals and collections, >100 conference papers and technical reports, and dozens of popular papers and science policy essays.

In 2002 and 2013 he received the Estonian State Research Award in engineering sciences. He was declared the Person of the Year in Estonia 2005 by the daily newspaper The Postman for his contribution to the forecast of a devastating storm, received the Baltic Assembly Prize for science (2007), was elected to Estonian Academy of Sciences (2007) and to Academia Europaea (2009), was nominated as Honorary Professor of the James Cook University (Australia) for July–November 2010, received a high state decoration (3rd class of White Star) in 2014, was elected as a foreign member to Latvian Academy of Sciences (2015), received The Friend of Press award by the Estonian Society of Newspapers (2017), became Honorary Citizen of Tallinn, and was inaugurated as Honorary Doctor of Klaipeda University (Lithuania) in 2018.