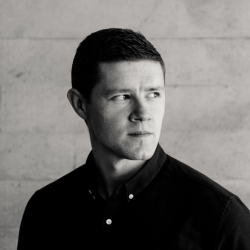 "How do we Fundamentally Change the Perception of Construction on Planet Earth?"

Fred is co-founder and MD of The B1M - the world’s largest and most subscribed-to video channel for construction with over 9 million viewers each month. The B1M is one of YouTube’s most celebrated educational channels, it was hand-chosen by YouTube as a “Creator on the Rise” out of all 505,000,000 accounts and is the first built environment channel ever to receive YouTube's Silver Creator Award. In February 2019 Fred delivered a keynote address at YouTube’s global education summit, EduCon.

Fred’s videos have amassed tens of millions of views making him a global figure in video publishing and a role model to millions of people interested or already working in construction. Fred’s mission is to fundamentally change the perception of construction on planet Earth. 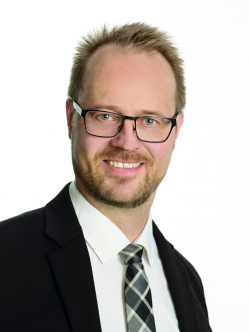 "Increasing the productivity of infra sector with digitalization"

Kalle is a professor of the infra sector´s digitalization in Tampere University. Productivity of the infra sector has remained at the same level for decades. Digitalization gives much new possibilities to improve effectiveness in planning, construction and asset management. Kalle´s aim is to make research that gives knowledge for strategic guidelines to the digital development of the companies and organisations. Kalle´s background is in transportation, so user-friendliness is one of his main themes in the all research and lecturing.

Why is the real estate and construction sector considered to be very traditional and what are its challenges?

Construction sector is a very labor-intensive sector compared to many other industries. In construction, it is challenging to develop the same production lines and chains as, for example, the manufacturing industry, as man plays a strong role at different stages throughout the construction life cycle from design to maintenance. There is also a lot of subcontracting in the construction industry, which poses its own challenge in terms of work coordination and contract models. Because of the strong role that man plays in the construction industry, streamlining different processes and procedures is more challenging than, for example, industrial processes, which may be based in part on technology. And because man plays a strong role, change requires good change management. Attitudes are one barrier to the launch of new technologies or practices. One of the challenges is also the increasing demands on construction.

What impact does BIM have on construction productivity?

Processes and procedures need to be in order if information models, and digitalisation in general, are to yield productivity benefits. Digitalization is just a tool that has a lot of potential to increase productivity. The important thing is that digitalisation makes everyday life easier. If technology makes work slower and more difficult, then it will not take over the industry. It is influenced by e.g. user-friendliness of software, functionality of software, and smooth processes and procedures. If digitalization is attempted on a broken surface - that is, on non-functional processes - there is no benefit to it. At its best, for example, BIM has very positive effects. Design, construction and maintenance are made easier. And especially when you start repairing an item, the data model has ready-made source data. It significantly reduces wasted work.

Which country should Finland model in the digitalisation of the construction industry?

In the United Kingdom, there is a strong national strategy for promoting digitalisation in the construction sector. Norway is also well on its way to digital, making it a good example country. 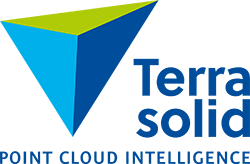